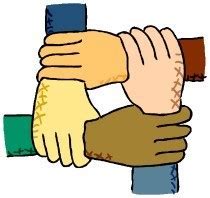 There wasn’t many blacks in my ‘class’ at basic training in Fort Collins, Colorado. The two officers in charge were white. The rest of the cadre were black. Nice guys. Even the group of Texans who enrolled together dropped their initial snide remarks about blacks and accepted them as their instructors.

It was my next Army stop, Signal School, Fort Gordon, Georgia where I was introduced to the world of prejudice.

There weren’t many blacks in my ‘class’ in Signal School either and all the instructors were white. We had quite a bit of freedom and could go off base on the weekends. Two of my new friends, Chicago 1 and Chicago 2 managed to buy a car and the three of us along with three others took off on a Friday night to spend a wild weekend in Augusta. Never made it.

On the famous Tobacco Road right before we almost got past the endless shacks and lean-to’s of the share-croppers, and were not too far from the famous and very exclusive Augusta Golf Course where the Masters is played yearly, we got t-boned. Too much moonshine and the driver speeding along a gravel road that intersected the highway didn’t stop. Good thing we were packed inside a well built DeSoto. None of us got hurt but the boys from Chicago told us all to complain about factitious aches and pains. They thought they struck it rich. Whiplash! Whiplash!

We had to report to the Augusta Court House on Monday to give our accounts of what happened. When we walked in far down the lobby was a wall with a fancy words about truth and justice. When we walked to the elevator I noticed a drinking fountain marked Whites, and one across the lobby marked Coloreds. Welcome to Jim Crow country you naive young Yankee.

The two Chicagos had a rude surprise also. Not from the separation of races, in fact one of them commented how he wished Chicago had the same thing, but from the laugh of the cop when they asked if they could get the name of the driver’s insurance company. Insurance! That ole redneck didn’t even have license plates… let alone insurance.

The term colored isn’t used anymore. It is a reminder of the South of Jim Crow. But in those days it was the term whites used a lot. We would never think of called a person a Black; even though we used the term Negro, which is Latin for black. The ‘n’ word derived from Negro was used a lot by whites and blacks.

There was big time prejudice in and around Fort Bragg, North Carolina, my next and last stop in the Army. Racial hatred was as much a way of life in that neck of the woods as displaying the Confederate Flag. Bragg was named after a Confederate War general and slave owner. Yankees ranked second on the South’s hate list. Even though a large percentage of paratroopers were good old boys, troopers were hated because it was paratroopers that Eisenhower used to force integration in the Little Rock schools.

Cities and towns were divided into the White section and the Colored section and getting caught in the wrong section was not something anyone wanted to do.

Ft. Bragg and the adjoining Pope Air Base, is the largest military base in the NATO countries. It is an open installation so anyone can drive on or off it without going through MP secured gates. In addition to the 82nd Airborne Division, it was the home of Green Berets, and numerous ‘Leg’ outfits. A leg is a slang word used by paratroopers to signify anyone not a paratrooper.

And if a trooper did anything that attracted the Law’s attention, he better hope it was 82nd MP’s, brothers-in-arms, that he had to deal with. Leg MP’s had a real burr in their saddle when it came to ‘bad- ass paratroopers’. And then their was the civilian police!!! Best bet for a white yankee like me was to talk with a southern accent, yes sir, no sir, sorry sir, and pray. For a black trooper, leg, or civilian, keep quite and pray and pray hard.

One payday night a few of us from HQ’s Company were about to walk in to a pizza place incop Fayetteville when we heard a shot from across the street. Someone was on the ground and a uniformed town cop was running into a phone booth, chased by an ever growing crowd. It didn’t take long for police, MP’s and an ambulance to cart away the victim and the shooter. It took a general from the post to calm down the protesters.

The first newspaper release was that a Fayetteville cop shot an armed and dangerous soldier and a mob tried to harm the cop. The solder’s gun wasn’t found because someone in the mob took if from the scene.

Another story came out stating that there was nothing to the rumor that the victim, a Latino sergeant, had angered the cop by moving in with the cop’s ex-wife. And that the witnesses who said there was the perp didn’t have a gun were just trouble makers trying to stir up another protest. And that was the official police report, accepted and case closed. Protests!

An order was issued by the Army that any more protests would result in Fayetteville being declared off limits to all military personnel. That settled tempers down.

The sergeant recovered in six weeks and was given a medical discharge. The cop was given a two week suspension, with pay, and was transferred up the hill to a big buck part of the city. Don’t know what happened with the ex-wife.

And then there was the black unemployed ex-con who robbed a small on-post bank. He was caught he next day when he tried to buy a new convertible…with cash. His first night in the county jail, he thought he died and went to heaven when he discovered the cell door wasn’t locked. He did die when he stepped outside and was shot dead by the two jailers. One of the jailers said that as he brought back the black to the cell, after making him dump his honey pot, the phone rang and in his haste to answer it, he must not have locked the cell door. Nuf said. Case closed.

If I had read the newspaper much in those years, I probably would have heard of many more those kind of happenings; but if the Army wanted GI’s to read newspapers they would have made them handy.

It was a little over ten years since President Truman had forced the integration of the US Military. Whites and Blacks were still in the process of working and living together. There was stories of racial problems on the main post in Bragg, but not in the 82nd.

In the 82nd, any prejudice remained under the surface. We were an esprit de corp outfit and we were brothers-in-arms.

It made no difference what color the man was who packed the chute you jumped with…Only that it was packed right. When you were hooked up waiting to jump, you checked everything that you could see. The man behind you checked the rest as you did to the man in front of you. Again colors no difference. Our lives depending on our brothers-in-arms in war and peace.

When I was transferred to Headquarters Company, I no longer lived in a barracks room. I lived in a two- man room. Headquarters Company had it’s privileges.. My first room mate was a Black, Lil Roy. We got along good. Friends. The only thing that bothered me was his bad sounding phonograph and his endless supply of Little Richard 45’s. On and on and on. For a joke I bought him a 45 of Pat Boone singing Tutti Fruitti. We played it once and then left it in the Day Room soanyone who wanted it could take it.

Roy and I would catch the bus into Fayetteville, sit together in the bus, and at the stop we would part ways. I went into the main downtown and he went down the hill to the black downtown. After he got discharged I realized not only did I miss him, I missed hearing Little Richard, which I cured by a trip to the record shop. Music knows no prejudice…but it does have boundaries.

Duke Ellington came to town. He was one of my favorites. He played the NCO club in Bragg. I wasn’t allowed because I was only a corporal. He played the Officers’ club in Bragg. Again, I wasn’t allowed, no brass on my shoulders. His next gig, and last around Fayetteville, was a black college. No whites allowed. Damn prejudice. Once again I found some relief in the record store in town. It sold a lot of music by Ellington and other black musicians, even if blacks weren’t allowed in the store.

When I went back into civilian life and worked various jobs, I was shocked to realize just how much prejudice there was against blacks and minorities existed in the North. Wake up to the real world, you naive young man from Mendota.

There were protest marches in the 60’s. But nothing compared to today’s world wide protests. There was Martin Luther King, activist, leader, and martyr, whose speeches are honored as keystones in the fight for Civil Rights. But nothing stirred the world like the three words, ‘I can’t breath’.

That and the eight minutes, forty six seconds of watching a cold calculated murderer kneeling on George Floyd’s neck. George Floyd might not have been a saint, but he is a martyr. It is said that the blood of martyrs was the seed of Christianity. We can only pray that the blood of Earl and the other martyrs sacrificed on the altar of hate are the seeds that brings an end to hatred. Maybe this time.

What thrills me most in today’s protests is the young, young around the world, that have either never been taught to hate or have seen the wrong in such teachings.

I could write volumes on the prejudice I have encountered in my 80 plus years, and maybe I will write some of the tidbits in another post; but for now, I would like to just thank all the people who never taught me how to hate. I wish everybody could have non-teachers like I had.

Oh, and as far as White Privilege is concerned, I am all for it. I’ve been beat up by police on three occasions in my life; and without White Privilege, I might have ended up dead in any one of them.

I just wish White Privilege was granted to everyone regardless of their skin color.

And I would like to wrap this up with the lyrics of Oscar Hammerstein in South Pacific:

Stay Safe and Love Your Neighbor as Yourself.